Please sign up to receive our regular e-bulletins by subscribing via the facility at the top left hand of this page. It goes without saying that, without your continued support we would cease to function so we urge you to join, or renew your membership now Subscriptions (£5 per household) for 2023 are now payable.

In April,2010,the Old Hamptonians Amateur Dramatic Society,(OHADS),a local amateur drama group of some 80 years standing, were privileged to present an evening dedicated to the genius of Tony Hancock, and his writers, Alan Simpson and Ray Galton, both of whom live locally. The production was completely sold out and it received consistently enthusiastic reviews. Indeed, the performance of "Hancock" received three nominations in last year's Richmond upon Thames "Swan Drama Awards", and Andy Smith received the "Best Actor" award for his portrayal of Tony. Alan and Ray were also kind enough to come along and see the production, and were very appreciative of OHADS's efforts.

As last time, the cast will perform six shows. These shows will consist of two studio "Half Hour" recreations of the classic radio series in the first half of the evening, followed by a fully dramatised show drawn from the TV series. This year, the two drama productions are the classic "The Lift" and " The Reunion Party". A very strong cast is in place, and again Andy Smith with be portraying Tony in "The Lift" and the "Reunion Party".

As the shows are being performed close to Christmas, two Christmas shows are to be performed, one of them being the relatively little known "Department Store Santa" half hour, which is a real gem.

The details are as follows:

Tickets for the show will be £10, and all enquiries for tickets should be addressed to Mr. Bernard Wigginton,who can be contacted on 0208 979 4596.

This is the first time that Old Hamptonians Amateur Dramatic Society has performed at the Riverside Arts Centre, so it would be great if they were to be given a warm reception by our local community. 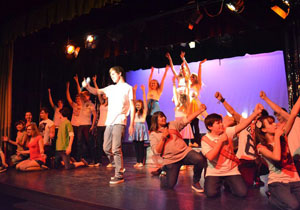 Riverside Youth Theatre presents "Double Act", a double bill of one act plays for their December production. Sparkleshark by Philip Ridley recently won the best youth play (senior) at the Spelthorne and Runnymede Drama Festival as well as best youth actor for Alex Blackie. Sparkleshark is moving, very funny and highly topical. Alongside this award winning play, RYT are presenting The Nativity by David Farr, a seasonal offering which brings a humorous and contemporary touch to the story we all know so well.

RYT has been delighting local audiences for nearly thirty years. Based at Riverside Arts Centre in Thames Street this volunteer led drama group has produced a varied and challenging programme over the years, including Into The Woods, Momo and The Crucible. Members are between 12 – 18 years old and includes a very professional youth technical team, the alumni of which have gone on to work in the theatre and television industry, as well as lighting the annual Carols in the Meadow!

Double Act runs from 8th -10th December at 8pm, tickets are £8 each and can be ordered from 07531 797990 or online at www.riversideyouththeatre.com, where you can also find out how to join.

Following its public consultation in September and November of 2009, the Environment Agency is holding three exhibitions this week to inform the public of its Lower Thames Flood Risk management strategy.

This is very short notice indeed, and LOSRA only found out about the exhibitions from a resident who just happened to have had the email copied to her. The exhibitions will be held on Tuesday, Thursday and Friday this week. For details of times and venues, click here.

Readers will remember that the two sites subject to appeal; and which were interdependent were:

LOSRA together with SOLID (Sunbury Opposes London Irish Development) and HAG (Hazelwood Action Group) have campaigned tirelessly for over two years to oppose these most unwelcome developments and we are delighted by the Secretary of State's decision. This said, LOSRA is, and has always been, a friend to London Irish; and it brings us no pleasure to see these particular plans for relocation brought to an unhappy conclusion for the Club. Our argument has always been that the proposals did not satisfy local and national planning policy and were in any case wrong for Lower Sunbury especially as they would have resulted in a net loss of open space.

First reported on this Site in September 2009, we can now report good news for those who have been concerned with the spread of aquatic vegetation in the stream separating Rivermead Island and Thames Street. After many months of campaigning by LOSRA the Environment Agency has now started a major clearance of this suffocating and unsightly obstruction to water flow. The photos illustrate the state of the stream before and after work began (though the seasonal algae in the latter somewhat detracts from the visual effect) .

LOSRA has received the following Statement from Surrey Police:

Surrey Police will be doing everything possible to maintain public confidence on 30 November and plans are in place to ensure that critical policing services such as 999 and response to serious crime are maintained throughout the county. However, the implications of strike action for the force include the possibility of police staff striking, but also the consequences of other public services participating and the increased demand this may place on the Force.

To help the force manage demand and prioritise its services, we ask the public to adhere to the 999 calling guidance which states that this number should only be used for an emergency, such as endangered life or a serious offence in progress. Other matters should continue to be reported appropriately via other contact methods such as online and 101, the non-emergency number. Police Counter services will be open at Guildford, Woking, Staines and Reigate and the Surrey Police website will be updated if service is disrupted at other locations.

Together Fighting Crime in Sunbury

The following news release has been received from Spelthorne Council and LOSRA are pleased to reproduce it here:

The main focus for this Action Day will be young people and the Partnership will be working with three local schools: Sunbury Manor, St Paul’s and Bishop Wand. Students from these schools will be taking part in activities alongside Surrey Police and other partnership agencies, carrying out a number of activities in the local area including cycle security marking, environmental audits, and speed watch.

Partnership Action Days offer residents the chance to see how the various organisations, involved in community safety, work together to tackle crime and anti-social behaviour. There is also an opportunity to speak with representatives from a variety of organisations including Surrey Police, Surrey County Council and Spelthorne Council.

The Partnership exhibition trailer which will be visiting Sunbury Manor School will be staffed by Police and other partnership agency officers, offering advice on home security, personal safety and crime prevention. Crimestoppers will also be on hand to promote ‘Fearless’, a web site where young people can get advice and information about crime. 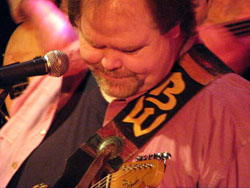 We are fortunate indeed to welcome the great Texan blues guitarist/singer/songwriter Buddy Whittington who played with John Mayall's Blues Breakers from 1993 to 2008.

Sunbury-based drummer Darby Todd of Protect The Beat is a member of Buddy's touring band. This is a very special occasion and one not to be missed. Of Buddy Whittington, John Mayall said "Possibly the greatest Bluesbreaker of them all."

Buddy will be appearing at the Sunbury Cricket Club, Lower Hampton Road on Friday 25th November at 8.30pm.

The Beautiful Losers are a four piece Surrey-based band that play a very English take on rock 'n roll sounds of the American West Coast. Those who have been to the Cricket Club for one of their superb Friday night gigs can expect another night to remember. Those who haven't should come down and see what everyone's talking about. Click here to see poster.

A free photo exhibition will be held at Sunbury Library on Saturday 12th November between 10am and 4pm.

Besides new photos from the large archive of Sunbury and Shepperton Local History Society, a number will also feature Sunbury with a sporting theme.

To celebrate the Society's 60th anniversary a new publication entitled Sunbury & Shepperton in Old Photos will be available to purchase for £4.

For more details of the Sunbury & Shepperton Local History Society, visit their website at: http://sslhs.org.uk/

Radio Wey to Broadcast Phantom of The Arts Centre 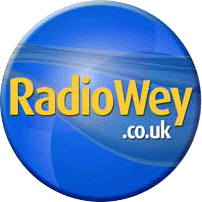 The play 'Phantom of The Arts Centre', has been specially adapted by local Playwright Geoff Buckingham for broadcasting at 5pm this Remembrance Sunday, 13th November. The play touches upon events in Sunbury during World War Two and there is an interview afterwards which mentions many of the local arts groups and organisations which use the building.

It can be listened to online, by logging on to www.radiowey.co.uk and then clicking on 'listen now'

It will also be broadcast to hospitals and nursing homes at St Peters and throughout the region. The more listeners the station gets, the more likely it is to support other locsl residents' events and organisations. To view the poster, click here.

For a man who has covered all the logistical problems of lighting, filming and sound for the Oxford Cambridge Boat Race, football matches, concerts, last night at the Proms, Animal Hospital the move of a lighthouse from the cliff edge for “Tomorrow’s World” and lightning early episodes of Dr Who, a calmer man would be hard to find.

The following email from the Managing Editor BBC Surrey has been received by LOSRA:

We are delighted to announce that on 15th December 2011, BBC Sussex and BBC Surrey will host its first awards ceremony to salute and celebrate the unsung heroes working in the local community. The award categories are as follows:

We look forward to receiving your nominations. 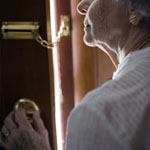 Spelthorne Council is warning local residents about door-to-door canvassers selling home insulation in the local area who are falsely claiming to work for the Council.

Letters were sent to residents throughout the summer months informing them about the Council’s home insulation schemes, run by Climate Energy, but no door-to-door calls were made.

Cllr Roberts Watts, Cabinet Member for Environment said: “The canvassers are knocking on doors claiming they work for Spelthorne Council. These people are not from the Council and they are trying to mislead and confuse residents by saying they are working with us. Residents should be very cautious if approached.”

Residents should also be aware that if they have signed up to have insulation supplied by one of these companies, the law gives them a seven day ‘cooling-off period’ during which they can cancel any contract over the value of £35, without penalty.

If residents are concerned or need more information they should contact Francesca Nesbitt at Spelthorne Council by calling 01784 446308 or e-mail This email address is being protected from spambots. You need JavaScript enabled to view it..