Crime on The River, Notice to Boat Owners 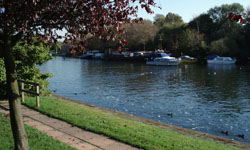 Surrey Police have just issued the following crime alert to boat owners on the River:

Overnight on the 11th/12th April 2011 a number of thefts where property was stolen, and attempted thefts, from motor boats took place on the River in the Shepperton area. It is believed that a boat was used to approach other moored vessels and the stolen property was taken away and probably landed elsewhere.

If you have a boat moored on the river please could you secure it as much is possible and should anyone see any suspicious activity either on the river or the riverbank or have any information which may assist please do not hesitate to call Surrey Police on 0845 125 2222 or 999 in case of emergency.

A New Season of Music & Entertainment at Sunbury Cricket Club

Sunbury Sports Association is expanding its activities with a new season of music and entertainment events in the clubhouse of what most you will know best as Sunbury Cricket Club in Lower Hampton Road. Here are details of the first two events. These are open to all, not just members of the Club, and we would look forward to seeing you there.

An evening of comedy. Round off the Royal Wedding Day with an evening of original comedy sketches performed by members of popular local drama groups Manor Players and Shepperton Players

Performers include award-winning local favourites Eric Champion, Ellie Roper, Robert Hardy, Olwyn Holme, Lorna Doyle, Sue Dye, Jo Stockbridge, Adam Pollington, Nigel Smith and professional comedienne Debra-Jane Appleby. The show is directed Riverside Arts Centre's Geoff Buckingham (also one of our Club members) and Carmen Souchet. It will have some risque moments and maybe a hint of innuendo, but will be suitable for all the family! Music from 7.30pm, show starts at 8pm.

These events are just the first of many that will be happening over the coming months, so it's a chance to get in the habit of coming to the Club for great entertainment as well as excellent sporting facililties. We look forward to seeing you there.

Residents who have received our Spring newsletter, or viewed it on line, will by now know that the Public Inquiry to determine the appeals by London Irish will be held on 7th June at the Council Chamber. In preparation for this hearing, LOSRA is required to submit its 'Statement of Case'. This document represents a preliminary step towards the next phase, the submission of proofs of evidence and all supporting documents by the beginning of next month.

The purpose of this article is twofold: to remind you of the important public meeting to be held on Thursday 12th May at St.Mary's Village Hall at 8.30pm; and to ask you to view the statement of case by clicking here.

Thanks to the support of local resident volunteers, a great deal was achieved in the clean-up of Sunbury Lock island on 12th March (See article dated 4th March). Over 20 bags of (some unmentionable) rubbish, discarded traffic cones, and other detritus were removed from this beautiful nature reserve.

More work still needs to be done however and a second clean-up operation is planned for Thursday 21st April. If you are available, and can spare the time, do please join Thames 21 for what will prove to be an enjoyable and very worthwhile few hours.

The Council will be introducing Borough-wide waste food collections in the autumn.

LOSRA has been sent the following press release which can be accessed by clicking here.

As recently reported in the Surrey Herald, the car park at Fordbridge Road continues to be a source of late night disturbance to residents living close by. 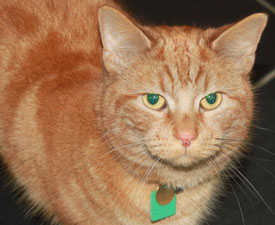 Beautiful all ginger 3 year old cat. Magnum does have a combination of white, ginger and black whiskas. Magnum was last seen at 9pm on Wednesday 30th March, he failed to come for his breakfast on Thursday 31st March.

Magnum was wearing his blue collar with a brass ID tag and a green ‘I’m chipped’ tag attached.

Magnum is a gentle soul however he can become scared and timid among strange people and surroundings.

Please, Please check your sheds, garages etc he could be hiding or trapped injured. 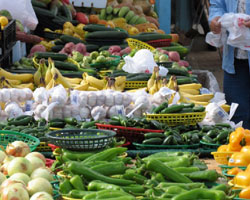 Readers of this Site will remember how we campaigned last year for a farmers' market to come to Sunbury. It seems as though our voice has been heard.

Sunbury Cross is hosting its first Farmers, Arts & Crafts Market on Saturday 16th April at 9am till 4pm.

It will be located outside the Chubb building and parking is available in the multi-storey car park (left at traffic lights by Kentucky Fried Chicken). With its 2 hours free parking you can enjoy the many stalls at the market and shop in the centre and on the parade via the subway.

As this is the first market to be held in Sunbury, organisers will be ambitious for it to succeed and will judge from the turnover whether it should come to Sunbury again in the future. The rest is up to us!

Drivers and Duty Officers are required to help continue this long established Volunteer Help Scheme which organises car journeys for those unable to access their own or Public Transport, for visits to local Doctors, Hospitals, Shopping Needs, Day Centres, Hairdressers, and various other local trips as required. Drivers are occasionally needed on weekdays only to strengthen our existing team. Duty Officers who deal with telephone requests are needed 9,30am to 11.30am weekdays only to organise the above lifts with Drivers from the Clients home and return. Contributions for car and phone costs are made periodically.

For further details on how the scheme works please phone John (01932 784432) anytime for an informal chat.

Residents anxious to know when the road markings at Sunbury Cross are to be replaced will be delighted to hear that the Highways Authority of Surrey County Council will be commencing the remedial work on 4th April. 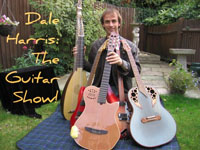 Please support our efforts to oppose the proposed Eco Park by attending this important fund-raiser on Saturday, 16th April from 7pm - 9.30pm. Venue: Charlton Village Hall, Hetherington Road, Charlton Village. Tickets cost £10 and may be purchased by following the instructions on the attached poster.

Dale Harris, a Shepperton resident and Doctor of Music is to perform a special guitar recital in order to raise funds for the Spelthorne Against the Eco Park (SATEP) campaign. (For more information on this Campaign, see our Spring Newsletter which may be viewed on line).

Dale is known for playing a variety of guitars in a multitude of instrumental musical styles; anything from classical to jazz; flamenco to rock; ragtime to country.... and all with an authentic flair for the style executed. He is a heavily booked musician who has kindly found the time in his busy schedule to put on this recital for us. To view the poster, click here.

'Two' is a touching & humorous tale of an evening in a small pub, where we meet the landlord and landlady who chat happily to us (though not to each other) and introduce us to a variety of local characters - couples, singles, children, old men and women who all have a story to tell.. This diverse group of customers each share a very personal moment of their lives with us, and the secrets and revelations unravel into an emotional conclusion.

'Two' will be moving, funny, shocking and heart-warming. Seating is limited so advanced booking is recommended. Tickets £10 from box office 01932 564 891.

The Spring newsletter, which carries some very important items, has now gone to the printers and will be distributed to households from next weekend.

If you are able to make it to the AGM and to give an idea of numbers, a quick email to Fiona at This email address is being protected from spambots. You need JavaScript enabled to view it. would be appreciated