After numerous postponements following the legal challenge funded by LOSRA, Charlton Village Residents Association (CVRA) and Shepperton Against the Eco Park (SATEP), the Planning and Regulatory Committee of Surrey County Council will finally hear and determine the application by SITA for the installation of an incinerator at the existing site of the Waste Transfer Station at Charlton Lane.

The agenda for the special meeting of the Planning & Regulatory Committee to be held at 10.30am on 30 June 2011 at County Hall Kingston, is now available on the SCC website.

In common with Charlton Village and Shepperton residents, LOSRA remains implacably opposed to this most unwelcome proposal and speakers are lined up to speak against it at the Planning and Regulatory Committee. Residents who may have a couple of hours to spare on Thursday morning are urged to attend and support the opposition.

Police College Closer to being Sold 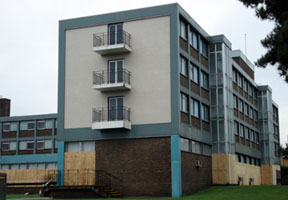 We have now heard that a telephone auction to sell the property was held on Friday 10th June.

Estate Agent Knight Frank received a number of offers for the property, and it is expected to take up to two months to confirm a successful bid.

The Sunbury & Shepperton Arts Association is delighted to announce this year's Arts Festival which runs from 9-17 July. Attached is a copy of this year's leaflet which details all the events.

DRAMA
The festival opens with a production of A Voyage Round My Father by Shepperton Players and, later in the week, Elizabeth Mansfield, who has previously performed in Sunbury to strong acclaim, returns with a production featuring the drama and music of Edith Piaf and Bertolt Brecht. This will doubtless be of particular interest to ‘A’ level drama students.

MUSIC
Following their success at last year’s Festival, Ardente Opera returns with an evening of operatic scenes featuring members of the National Opera Studio and the Royal Academy of Music. Popular local pianist, Peter Croser, will also perform an afternoon recital, followed by tea, and St Nicolas Church in Shepperton will be the venue for the Maria Sanger and Dawn Johnston who will perform a concert of Baroque Music on Recorder, Theorbo, Baroque Guitar and Lute.

WORKSHOPS
In addition there will be three workshops on offer. Adult participants can learn Batik or Sugarcraft and can take home the results of their efforts. And specially for children there will be a Ukulele Workshop followed by a concert for all ages. Workshop participants will perform in the concert, led by Ukulele pro, Clive Harvey. Numbers on all the workshops are limited so early booking is advised.

The festival will also host an Historical Walk in Sunbury, guided by Nick Pollard, and the Centre’s Studio will also be the venue for an exhibition of local photographer Vic Kettle’s work. Finally there is even a talk on the Art of Libya for those keen to know more about the country in these troubled times.

Visit the SSAA website at www.ssaa-arts.org for further information and tickets or call the Box Office on 01932 782788.

The Church Administrator at the Open Door Church, Green Street invites all to attend their annual Community Fun Day to be held at Springfield School, Nursery Road. The event, which will be held between 1pm - 4pm this Saturday 2nd July, is free to our local community (except ice creams which are available to be bought). Attractions include a barbecue, refreshments, Go Karts, Bouncy castles & inflatable games, sumo wrestling, Kidz Klub games, football, toddler area, crafts, ambulance and fire engine, face & nail painting, live music and the Tea Pot – a child free zone.

The Fun Day has been held for several years now and last year attracted just under 1000 visitors to the Event!

The Sunbury Summer Market will be held on Sunday June 26th to coincide with Sunbury Open Gardens Day (See article of 13th June below). Stalls selling crafts, gifts, foods and goodies will be on Avenue Parade from 11.00-16.00. 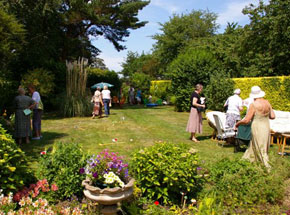 Familiar events which we know many local residents look forward to and which are now a fixture of summer weekends in Lower Sunbury are taking place again this year.

The Open Gardens Day takes place on Sunday 26th June, with six local domestic gardens (including one designed by a Hampton Court Flower Show Gold Medal designer) being opened by their owners for the day between 11am and 5pm.

Programmes which give entry to the gardens will be available for £4.00 in advance or £5.00 on the day from Skinners Newsagents in Avenue Parade and the Embroidery Gallery. There will also be a raffle, lunches in the Church Hall and a children's competition. The raffle prizes include a 40" TV, food processor and tickets to Hampton Court Flower Show.

Details of the forthcoming Picnic in the Park event will be published on this Site shortly.

Police Report for the Month of May

PC Caroline Barnes publishes her report for the month of May. Readers will be glad to see that 3 arrests have been made following a serious assault on a youngster opposite Croysdale Avenue during which he suffered grievous bodily harm.

After numerous delays and postponements, and following a strong legal challenge by LOSRA, Charlton Village and Shepperton residents (See entry for 8th March), a revised planning application to develop an Eco Park at Charlton Lane, Shepperton has been submitted to the County Planning Authority by SITA Surrey.

The application has now been provisionally scheduled to be considered at a Special Meeting of the Surrey County Council Planning and Regulatory Committee on 30 June 2011.

A newsletter to update local residents about the new date and explain the reasons for the delay in the application being considered has been forwarded to LOSRA by SCC for notification to residents; and may be viewed by clicking here.

The leaflet actually says almost nothing new of substance except that consultation will take place with the Health and Safety Executive after planning permission has been obtained. In particular they fail to mention or explain that the revised plan is for disposal not recovery; nor do they mention the serious safety concerns raised by objectors about co-location of a dangerous experiment with a Community Recycling Centre (about which SITA were ignorant and the HSE were originally unaware). The flyer is silent on these points and its value as a public information vehicle is therefore very limited.

LOSRA remains implacably opposed to the EcoPark and invites you to spend a few moments to read the briefing note compiled by a resident LOSRA member and campaigner against the proposed Eco Park. Readers who have not been kept abreast of developments or who would like to know more about the political and profit-making imperatives which lie behind the proposed Scheme may like to read his very interesting thoughts on the subject by clicking here.

The Friends of St Mary's (FoSM) is a charity to provide assistance with funding to maintain our beautiful Church in Sunbury. It now has a website which can be found at www.fosmsunbury.org.uk and gives details of the organisation and planned events. Also pictorial tours round the church, stained glass windows and the previous Tower repair project.

The AGM Newsletter is now being distributed to all Lower Sunbury households. To view the Newsletter on line, click here.

A Play About Our Very Own Arts Centre; 9th - 11th June

This is the stage debut of the play 'Phantom of The Arts Centre' and is based upon a script which won a big national playwriting competition last year.

The play is about our very own Riverside Arts Centre! It entwines fact with fiction and explores the sacrifices made by people for their community and their country, and also features the heartbreak of wartime romance. It was written by Geoff Buckingham and features some very popular award-winning local performers including Robert Hardy and Paul Warren. The stage set has been crafted and designed by local drama legend Ken Busby, who is still very active into his 80's. The play, which features the lead debut of a super young local actress, Niamh Mallott, is sentimental but does have a few lighter moments.

Also featured, as part of a double bill, is the very popular David Tristram comedy ' The Fat Lady sings in Little Grimley', and this also involves more local favourites.

Manor Players are aiming to put on a really good evening of entertainment, and it would be super if LOSRA members could turn out in force to support it, plus help us celebrate a local building that means so much to our community.

Performances start at 8pm and tickets cost £8 (paid in advance) or £10 on the door. For further details see the attached poster

For residents who were unable to attend the public meeting on 12th May, you may wish to know that the Core Documents which are relevant to the London Irish appeal are available for viewing at Sunbury Library until Monday 6th June. These documents should also be available to view on the Council Website by the end of this week. Proofs of evidence have already been published on the Spelthorne Website.

Spelthorne Council are considering the introduction of a Dog Control Order for implementation across the Borough. LOSRA has been invited to respond to the attached consultation document. Before doing so, and in order to reflect the views of as many residents as possible, you are invited to get in touch via the 'Contact LOSRA' Menu at the top of the page to give your views, or comment on this article.

This petition was considered by the County Council at its meeting on 10 May with the following outcome:

The Lead Petitioner presented the petition to the Council with the Cabinet Member for Transport responding and a further debate for Members lasting 30 minutes.

A recorded vote was requested.

The following Members voted to support the petition:

The following Members voted against the petition:

Therefore, the petition was not supported.