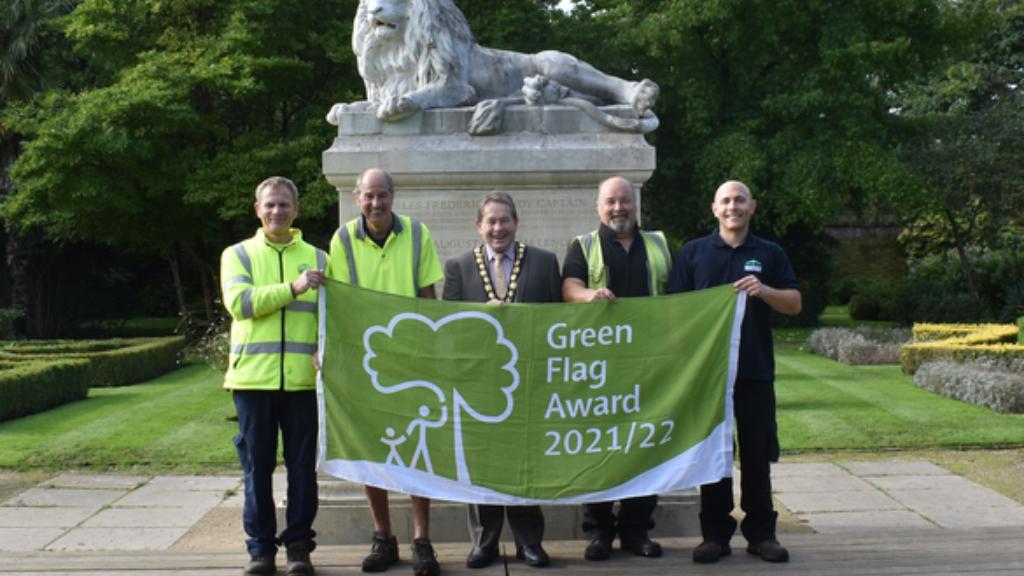 Spelthorne Borough Council has announced that, for the 11th year running, the Sunbury Walled Garden and Staines Cemetery have been awarded Green Flag status.

The historic Walled Garden in Sunbury Park was built in the early part of the 18th Century. Following years of neglect, Spelthorne Council embarked on a restoration project of the two-acre garden in 1985. Now home to over 200 varieties of clematis, this 'hidden gem' provides a tranquil spot all year round.

Tweet
More in this category: « Celebration of the Late Michael Garrick at the RAC on 7th November Proposed Development of Phase 2, Benwell House Refused by Planning Committee »