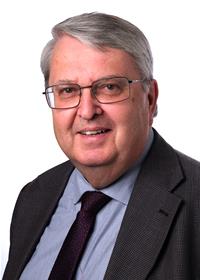 Cllr Lawrence Nichols was elected as Leader of Spelthorne Borough Council at the Annual Meeting of the Council on Thursday 26 May.

Cllr Nichols, of the Liberal Democrats, was elected as Councillor for the Halliford and Sunbury West ward in 2019 and was previously Chairman of the Audit Committee. Cllr Nichols was also a councillor between 2007 and 2011.

Prior to retiring in 2017 he had been a senior Civil Servant, having previously been an IT Director for a subsidiary of a UK bank. He is a school governor at Beauclerc and Chennestone Schools in Sunbury.